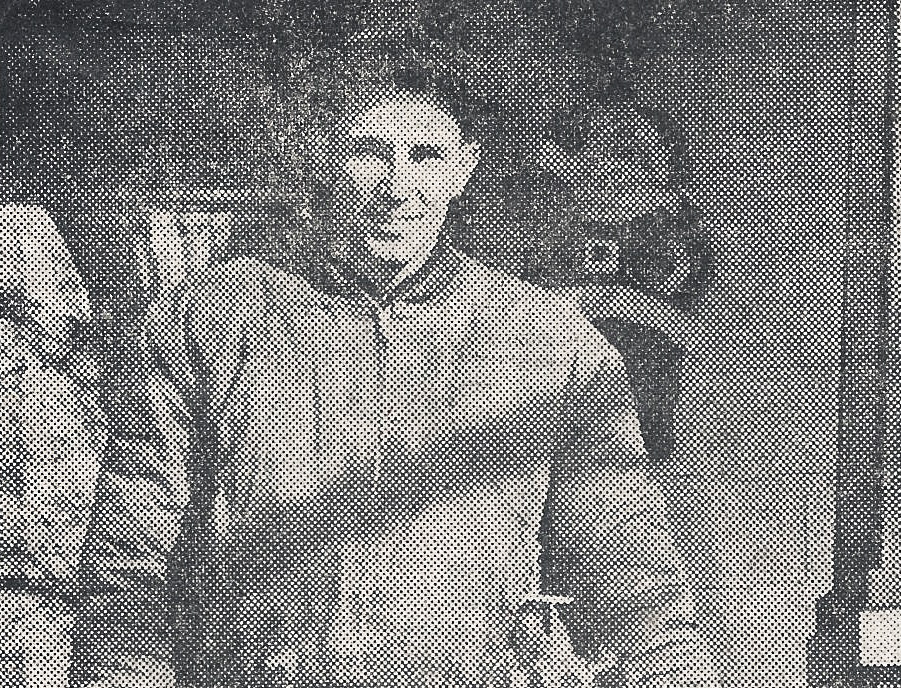 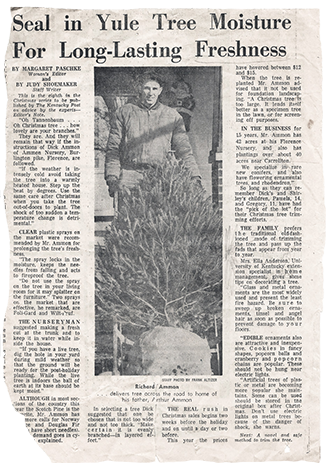 Dick Ammon is featured in a 1965 Christmas series published by The Kentucky Post. In the article, he provides expert advice on the care of live Christmas trees.

The business continued to grow, and the Ammons bought more and more property in the Mall Road area. “Our first big break came when Gulf bought a corner lot on (Kentucky) 18 and the road (Interstate 75/71) went through,” says Mrs. Ammon. That was back in 1965.
And all the while, Dick Ammon was learning. “I learned an awful lot over the years through experience,” he says. He learned to not only go along with the current styles in landscaping; he began to be the area’s trend-setter. “Designs in landscaping change just like clothes.” He remembers doing 30 houses in one day; hiding foundations with straight lines of shrubbery, putting in hedges to separate property lines. But his ideas of landscaping began to change. 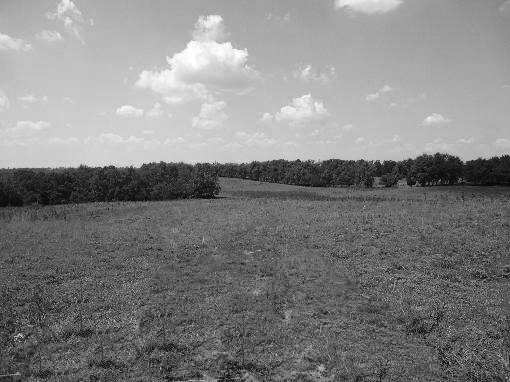 Move to Burlington, Kentucky...The Ammons live on the 100 acres they bought in 1968 from Vernon Pope. The former dairy farm, near the intersection of Camp Ernst Rd and Kentucky 18, now houses Ammon Landscape Inc., owned by Dick and Shirley; Ammon Landscape Supply, partly owned and managed by son-in-law Rick Frederick; and Ammon Wholesale Nursery, owned by son Greg Ammon. The younger Ammons and Fredericks also live on the property.
In 32 years of business, the Ammons have landscaped hundreds of Boone County homes. It’s difficult for them to drive anyplace without encountering a home they’ve done. “I’m really proud when I see a home where we’ve done our job and they’ve done theirs in taking care of the plants,” says Mr. Ammon. 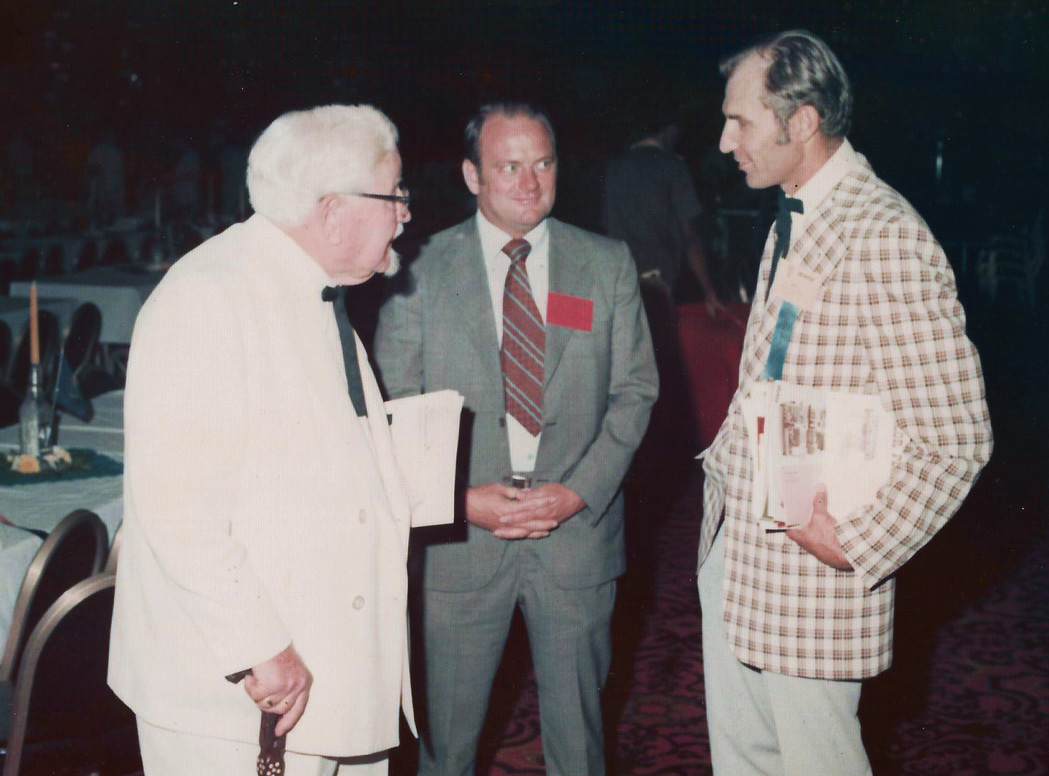 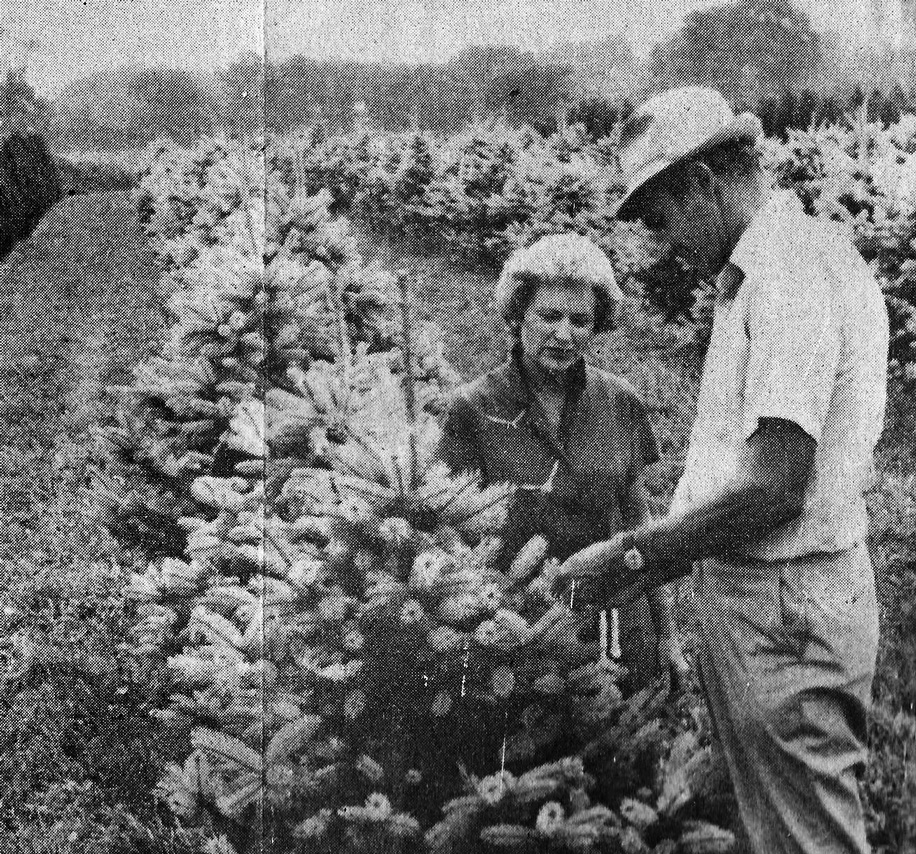 The story of Dick and Shirley Ammon appears in the
Boone County Recorder. 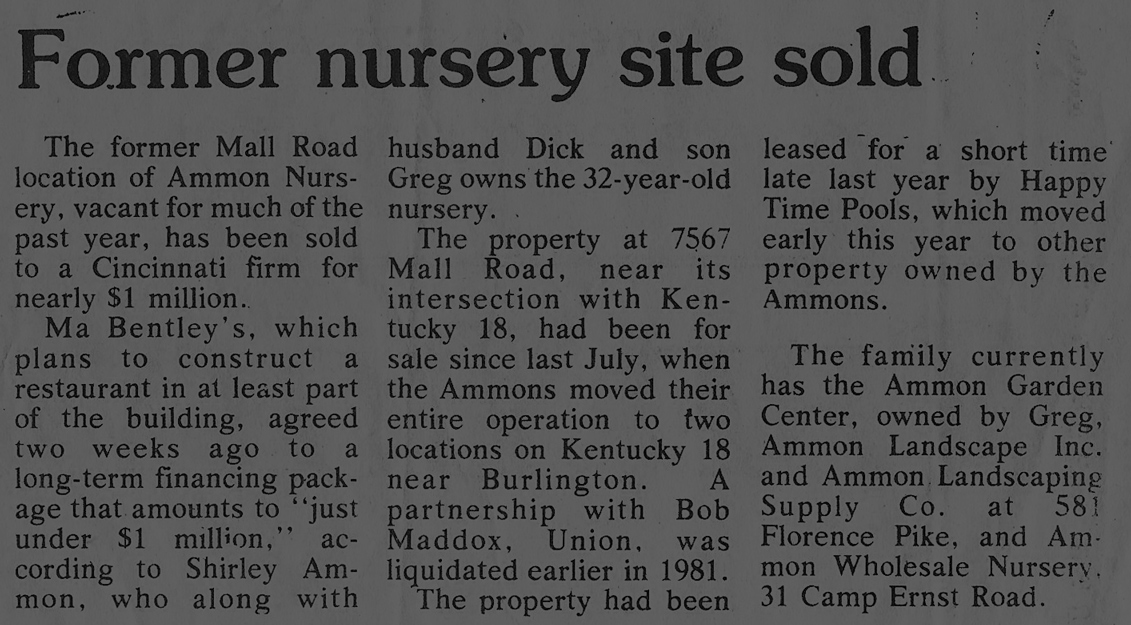 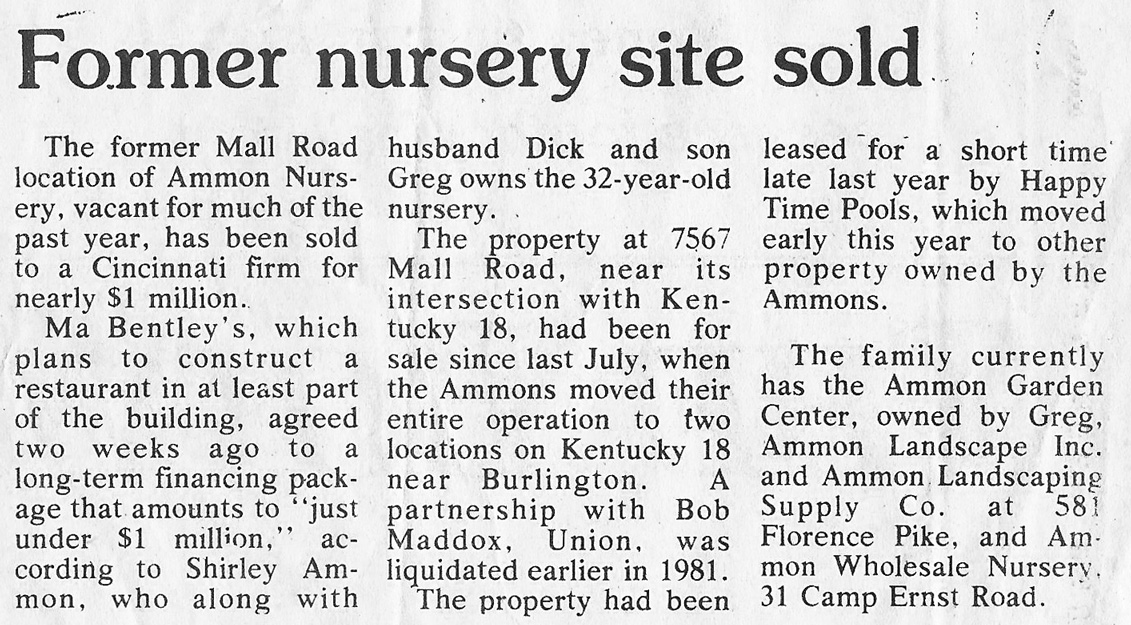 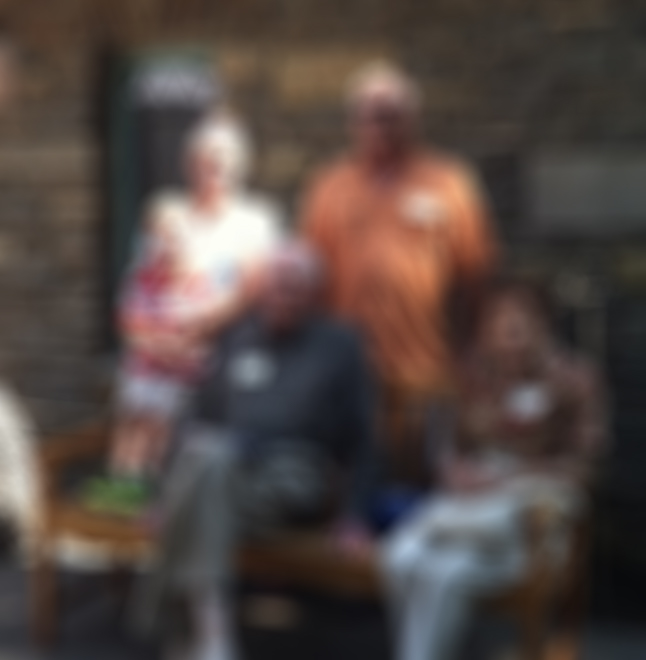 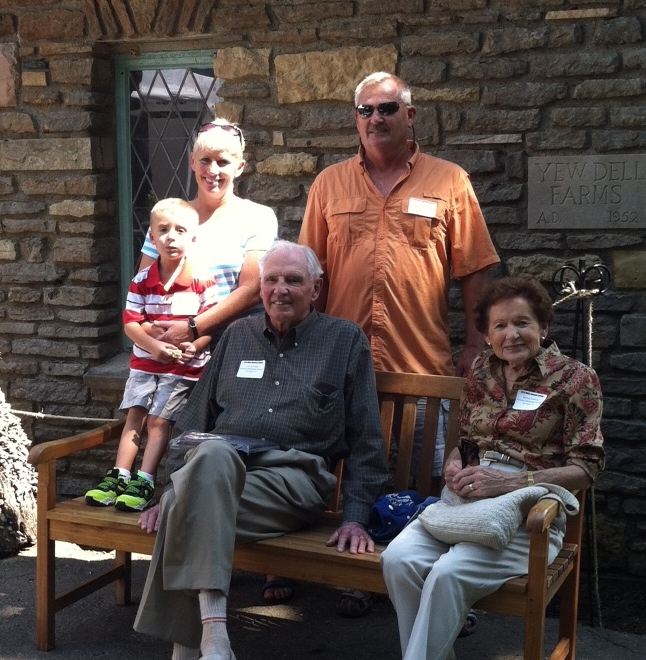 Greg and family at a 2013 awards ceremony. 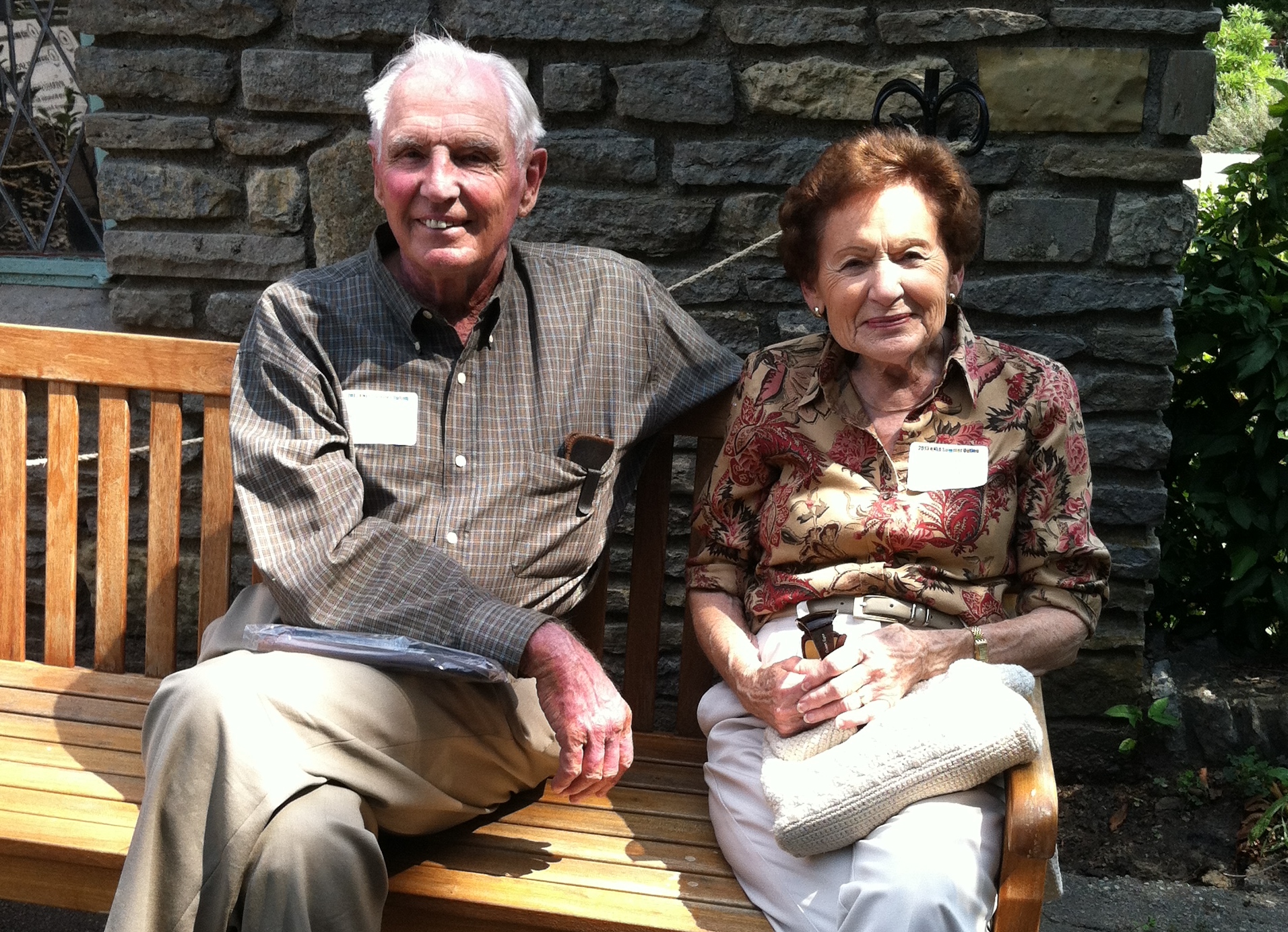 Dick and Shirley at an award ceremony. 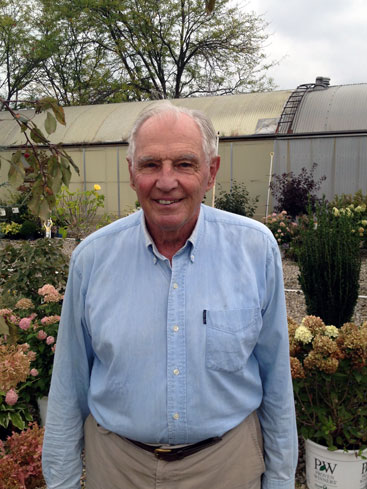 In 1950, my dad started this company now called Ammon Nursery inspired by his love for nature and a desire to provide landscapers with a wider variety of quality plants. Over the years we’ve become more than just a family business – we’ve become family to our employees, friends to our customers, and rooted in our community.

Today, we continue the mission started those many years ago. We have opened our doors to retail as well as wholesale customers and are finding new ways to serve our customers better.

We’d like to invite everyone to shop at Ammon Nursery. You’ll be treated like part of the family and leave with beautiful plants!
Greg and Helen Ammon